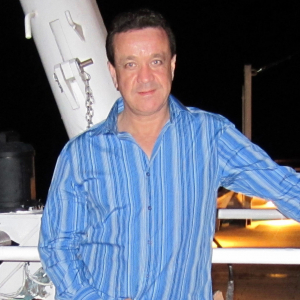 Tom VandeWater has returned to the BDPA Board of Directors as Treasurer in 2018, as having previously served on the Board for 6 years and Treasurer for 3 years. In addition to help keeping the finances in order, Tom previously contributed significantly to the Blue Devils branding and business expansion efforts.

Tom began his career at Bellcore, a leading provider of communications software and consulting services based on world class research. His last position after 14 years was Executive Director of Global Alliances. After relocating to the west coast, he worked for 4 years at a VoIP soft switch company in which he was directly responsible for sales to the Southwestern US. Tom is currently a Senior Account Director for CenturyLink responsible for large strategic accounts on the west coast, a position he has held for the past 6 years.

Tom earned a Bachelor of Science in Electrical Engineering from Rutgers College of Engineering, a Master of Science in Computer Science from UC Berkeley, and an MBA in finance/strategic marketing from New York University. Tom marched with the Garfield Cadets and played mellophone. He also was assistant band director and drill designer for his alma-mater David Brearley Regional High School in NJ. Despite all that fine education, Tom’s claim to fame is that he bombed as a contestant on The Wheel of Fortune.
2021
2020
2019
2018
2014
2013
2012
2011
2010
2009