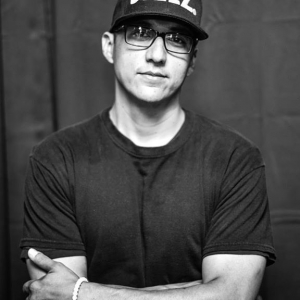 Miguel Guaderrama’s experience as a drummer spans the greater part of two decades. As a young performer, he found that he was able to best express his talent through the tenor drums. Miguel has preformed nationally with drum corps such as Pacific Crest, and world-class drum lines such as Riverside Community College. While part of the Blue Devils, his drive as a musician and skill with the tenors gained him recognition as a respected leader within the drum line; with his help the Corp went on to claim a Drum Corp International Gold Medal. As Miguel has matured as a musician, he has broadened his experience as a performer by drumming at venues all around the world. He started his professional drumming career when he was invited to join Blue Devils Entertainment. Miguel has gone on to preform with such organizations as Anaheim Disneyland, Ariel Experience, Tokyo Disneyland, as well as Universal Studio’s Japan. He has also preformed on live broadcasts, which include The American Music Awards with Enrique Iglesias.

Miguel’s skill as a drummer, and the ease with which he can communicate that knowledge to others, has given him a desire to give back to the marching community. He has educated and trained young musicians like himself who have aspired to reach their musical potential. Miguel has applied his leadership and instructional aptitudes at youth programs that include Cerritos High School, Ayala High School, Sunny Hills High School, Esperanza Drum and Bugle Corps, Blue Devils B Drum and Bugle Corps, Downey High School, and Diamond Rand High School.
See photos of Miguel
2021
2020
2019
2018
2009
2004
2003
2002
2001