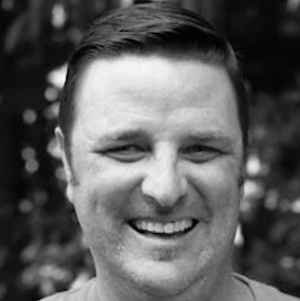 Jaime Holly is a full time drill designer and visual instructor living in Long Beach, CA with his wife Rebekah and daughter Parker. He began his marching career in the soprano line of the Concord Blue Devil B Corps in 1989, moving to the World Champion A Corps in 1991 through 1993. He returned to the Blue Team in 1997 where he is currently a visual instructor and drill writer.

His affinity for mathematical problems can be traced through his BS from Fresno State in Math. Jaime earned a teaching credential from Cal State Hayward and was a math teacher at James Logan High School before he decided to give it up for the fame and fortune of drill writing.

Jaime is the visual caption head and designer for several award winning high schools in BOA and WBA, as well as independent non-profit organizations in DCI and WGI. He has also served on the DCI Task Force. Currently, he has the pleasure of working with the Soka Renaissance Vanguard from Tokyo, Japan.