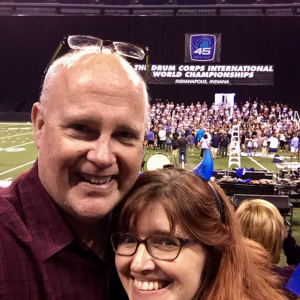 After over a decade in the software industry working for companies including Apple Computer, Netscape Communications and America Online, Chris Nalls successfully transitioned into his dream job of teaching music, currently as Director of Instrumental Music at Branham High School in San Jose.

Chris marched with the Blue Devils A Corps as a French Horn player from 1978-80. He instructed the brass sections of the Santa Clara Vanguard, Freelancers, and Velvet Knights and served as the Executive Director of the San Francisco Renegades Drum and Bugle Corps, 11 time DCA World Class finalists and 13 time California State Champions. Chris joined The Blue Devils Board of Directors in 2000 and served on the Executive Board as Secretary.