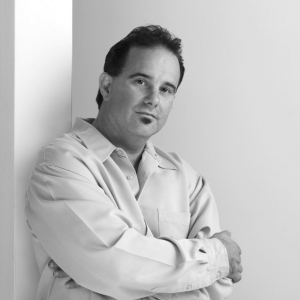 Dave Glyde's international influence on Marching Music and Show Composition is of sizable proportions. His cutting edge designs and arrangements for the 19 time World Champion Concord Blue Devils, www.bluedevils.org (1992-present) have inspired thousands of performers, fans and aspiring arrangers around the world. In addition Dave has been their Music Director and in-house Composer/Arranger (2003-Present).

Dave was hired by the International Olympic Committee to coordinate and design Opening Ceremonies music for the 2008 Summer Olympic Games in Bejing, China and for the 2000 Olympic Games in Sydney, Australia.
Dave's arrangements and technical expertise have helped lead Japan's Soka Renaissance Vanguard to an unprecedented Fifteenth National Championships through 2018.

Other renowned organizations that Dave has worked with and have performed arrangements by him include:  The internationally acclaimed Riverside Community College Marching Tigers (1996-2000), the WGI World Class Champion (1993) Clovis West High School Indoor Percussion Ensemble, the DCI Class A Champion (2002) The Magic Of Orlando.

The latest project Dave has been heavily involved in producing and writing for include the "Odyssey" Music Motion Theater show that toured Japan in Fall 2008. Check out the latest Odyssey news at www.show-designs.com -- Or just go there to contact Dave.

Dave was a snare drummer for the Concord Blue Devils (1984), the Santa Clara Vanguard (1982 and 1983) and the Troopers (1981).  He began his arranging career for marching percussion his senior year (as a student) at Hoover High School in Fresno, CA in 1980. He currently holds degrees in both Psychology and Mathematics from CSU Fresno.

Dave is available for Writing, Program Coordination and Visitation to bands in United States as well as International locations. His material is published through Arranger's Publishing Company, Sony Music Corporation and a member of ASCAP.