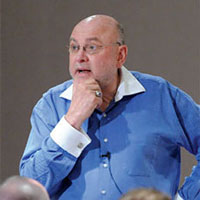 Tim Lautzenheiser, known world-wide as "Dr. Tim", is a trusted friend to anyone interested in working with young people in developing a desire for excellence and a passion for high level achievement. His career includes a decade of being a successful college band director at Northern Michigan University, the University of Missouri, and New Mexico State University. Since then he has become the most well-known motivational speaker and leadership clinician in the world of music education. 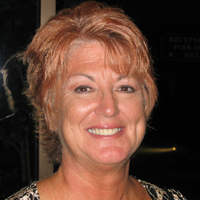 Joining Dr. Tim in presenting special guest sessions is DCI Hall of Fame member Shirley Dorritie. Her session on maximizing performance when under pressure is hailed as a truly a life-changing event. Shirley holds an MA in Counseling Psychology with a Certificate in Sport Psychology and has worked with a broad spectrum of individuals who are required to manage their responses to stress in order to perform at their best -- including performers, athletes, educators, choreographers and conductors throughout the U.S., Europe, and Japan.

Both the Leadership students and Snare Camp drummers will be directly involved in Blue Devil rehearsals during this 3-day camp.

To learn more about these and other System Blue Educational Camps near you, go to systemblue.org.